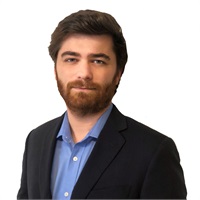 Max was educated at both Lehigh University and the University of Connecticut, where he graduated Summa Cum Laude with a degree in Quantitative Economics. After entering into a job in corporate management, Max quickly learned that the typical corporate structure—work 9-5, climb up the ladder, fill out some spreadsheets, hope for a raise— was not for him. He wanted something that demanded self-ownership, where he would be in total control of his growth and success. His education, along with his environment— Max’s father is a physician— led him to Prime, a team that works almost exclusively with medical doctors. Max specializes in helping his physician clients with tax-conscious advice grounded in a commitment to protection and growth.

In his personal life, Max has had the pleasure of traveling and living in both Europe and the Middle East, where he had experiences that opened his eyes to different schools of thought and values. He is fluent in French, an ability he proudly touts as “the most useless thing I know”, and is an avid Red Sox, Patriots, Bruins, and Celtics fan. 75% of his clients live in New York.